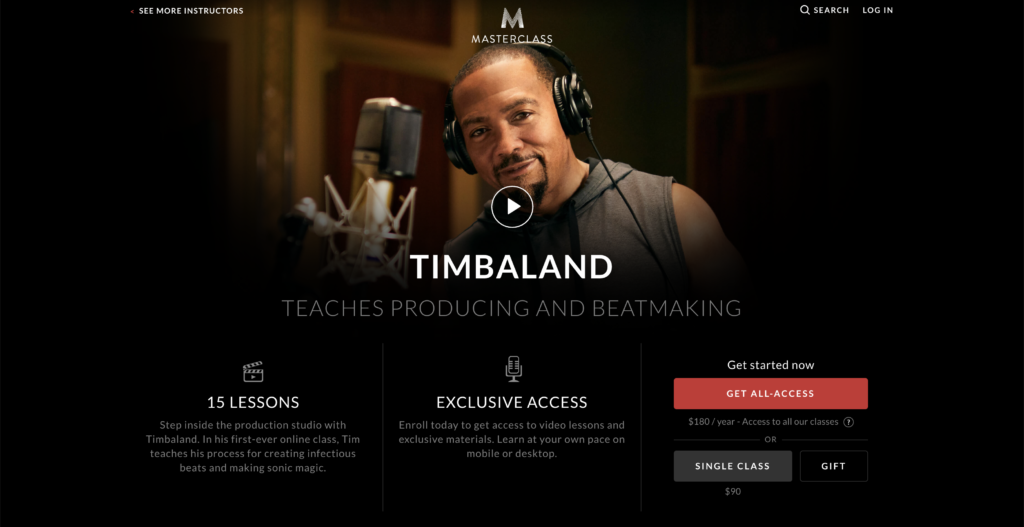 Before we dive right into Timbaland’s Masterclass review I thought it would be helpful for you to know a little about my production level and style before I took the course.

I’m a singer-songwriter, who primarily creates demos in logic and therefore had beginner to intermediate production skills before this course. I took Timbaland’s Masterclass on beat-making and producing because I wanted to improve my skills and learn some tricks from the pros. Now in this review, I’ll let you know what I learned and if Timbaland’s Masterclass is worth your time and money.

One of the coolest things I learned from Timbaland’s Masterclass is just how little you need to know about tools, programs or even music in order to lay down the foundations of a hit song. It’s all about the vibe and feeling.

Timbaland demonstrates that by starting off the course in the first 2 lessons by creating a beat from scratch in his production software using just his mouth and the mic. That’s it.

He isn’t an amazing beatboxer. That’s not the point. What he’s showing is how he lays down a foundation that gives the gist of the feelings, thoughts, and emotions in his head. He then goes back into the program and cleans, tweaks, or replaces the sounds of his mouth with actual digital instruments.

It’s such a simple, yet genius process that allows anyone to really get the foundations and feelings of a song down quickly. Watching Timbaland go through that simple process actually made this course worthwhile for me. I thought it was a pretty cool approach and can’t wait to give it a try myself.

If that quick rating was all you needed and you do want to buy Timbaland’s Masterclass, click this link. It contains the best and most up-to-date deal to buy either this masterclass or gain access to all of the masterclasses for a year.

First, if you don’t know Timbaland – he has produced tons of hit songs, such as Justin Timberlake’s “Cry Me A River”, songs by Aaliyah and missy Elliot, and perhaps his biggest hit “Dirt off your shoulders” by Jay z. So like most instructors who teach a masterclass – Timbaland has plenty of clout as a songwriter and producer.

About The Other Masterclass Instructors

What else was eye-opening about this masterclass is that you aren’t just watching Timbaland, you’re actually watching a team of 4 in the studio, all collaborating on music. They pass their loops and samples about. While Timbaland is the leader, they think of themselves as a band, and instead of instruments they play laptops. I had never seen digital collaborative workflow like that, and it was interesting and inspiring to watch it play out.

This 4 person team was also nice because they were using different Digital Audio Workstations (DAWs.)

Timbaland used Abelton, another team member used logic, and I believe the engineer in the room was using Pro Tools.

What I liked About Timbaland’s Masterclass

Timbaland’s Masterclass felt a little more concrete than other masterclasses I have taken in the past. His course would show screenshots of the producer’s daws while the producers were creating. Timbaland or the others would often stop and take the viewer through what original sound they were using, then the plugins, effects and EQs they put on those sounds in order to make them unique.

While this class definitely isn’t a tutorial on EQing and compression, you did get to see which sounds and plugins the pros used and how they made them their own.

Another thing I really liked about the Masterclass was that you get to watch them all create in the moment. And it really showed you that so much of music making, even at the top of the game, is just about having fun. They are often just pressing buttons, twisting knobs, and experimenting until they find the ‘bounce’ or ‘groove’ they’re going for..

As Timbland says so many times, music is about feeling. Watching them create songs you realize if your heart is there, you can do it too. It really is so much about perseverance and putting your love of music into things and having fun.

A huge plus with this course is that whenever one of the producers used a technical term, masterclass would display lower thirds that defined what the term meant or how that particular concept was used when producing a song.

Perhaps the thing I liked best about this class, is was when Timbaland would go in and solo out/breakdown all the sounds in his famous beats. He even had footage of when he first showed Jay Z the beat for Dirt Off Your Shoulders. That was really fascinating to watch.

As mentioned, they touch on plugins and EQs, but they don’t really get into the audio engineering science behind them all.

They might tell you that they took out all the low end on a certain instrument, and explain that it sits better in the mix that way, but they don’t really dive into the deep science behind it.

Timbaland in particular you can tell is very self taught. He lets the speakers speak to him and often communicates to his collaborators with gestures and sounds from his mouth. While that may be frustrating for someone not used to working with him or a classically trained individual watching the class, I personally respected it.

It showed once again that what you need as a producer is a vision – not technical skills or an advanced degree in music theory. (Although those may help).

Also, if you’re looking to learn more about recording real instruments like drums or guitars this might not be the class for you. Timbaland’s Masterclass is more about producing with midi keyboards and a vocal mic.

Timbaland Masterclass Review Is It Worth It?

In conclusion, I give Timbaland’s Masterclass an 8.5. I found it inspiring, enjoyable and it had some concrete tips that I will keep in mind the next time I am playing around in my music production software of choice, Logic. If you’re looking to improve and get an inside look at how production teams work at the top level – I highly recommend Timbaland’s masterclass.

Here is a link for the best and most up to date deal on purchasing this masterclass or gaining full access to all Masterclass courses for a year. 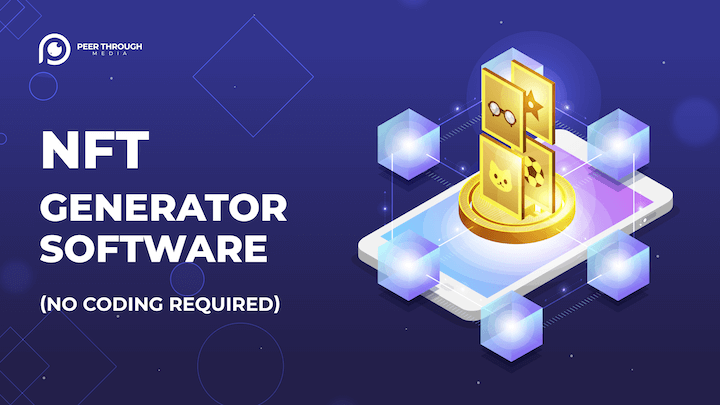 When I first started creating NFT collections, everything had to be hand coded. This required python scripts for the NFT art generation, solidity for the smart contract used to mint NFTs, and react.js for the front end site. Now, there are no code NFT generator softwares AND no code smart contract creation platforms.  These no… 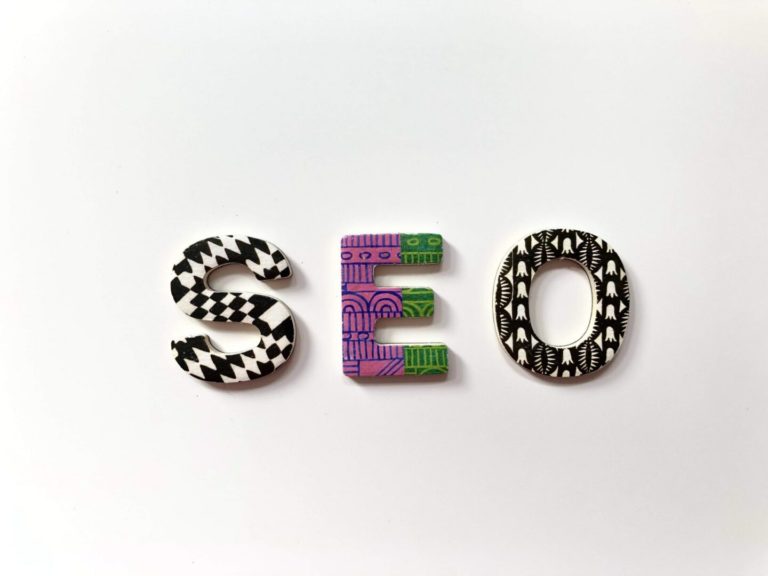 A Keyword research tool helps you create content that stands out. In this article we will go over SEMRush vs. Moz vs. Ahrefs vs GrowthBar and discover which keyword research tool is best for your situation. What is Keyword Research? There are more than 600 million blogs on the internet. In order to stand out,… 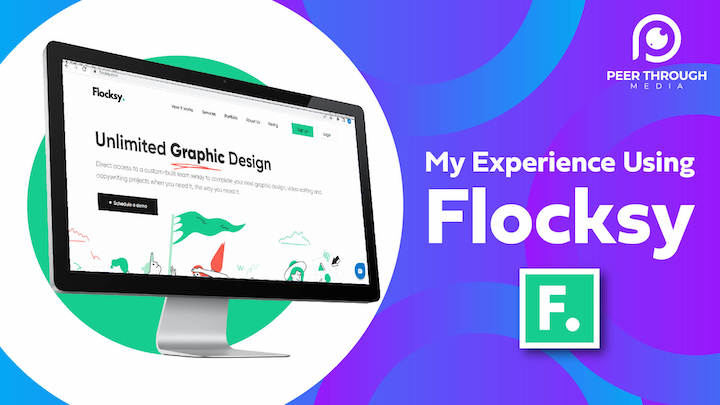 Flocksy offers unlimited graphic design, copywriting, video editing, voice overs and other creative services for a fixed monthly subscription.  I tried flocksy for one month to help make images for this crypto blog and also used it for some of my other creative projects.  In this Flocksy review I’ll let you know what I liked… 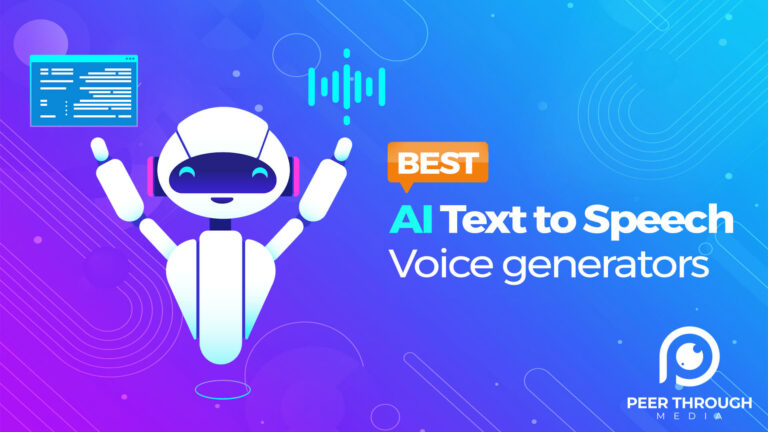 Text-to-speech conversion, speech synthesis, and voice cloning are all concepts made possible through Artificial Intelligence (AI) voice generation bots. Too shy to record your own voice for a Youtube video? Too busy to record an audiobook on your own? Would you rather listen to than read an article? An AI voice generator can help you… 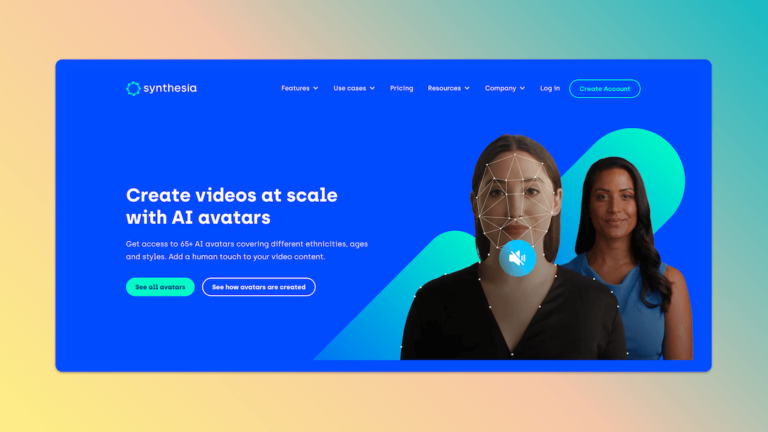 What if you could create an Ai generated video of yourself that looked and acted like a real human? With synthesia.io, that is now (almost) possible. We’ll dive into the strengths and weaknesses of the platform in this Synthesia review. What is Synthesia.io? Synthesia is an Ai avatar-led video creation platform, used by thousands of… 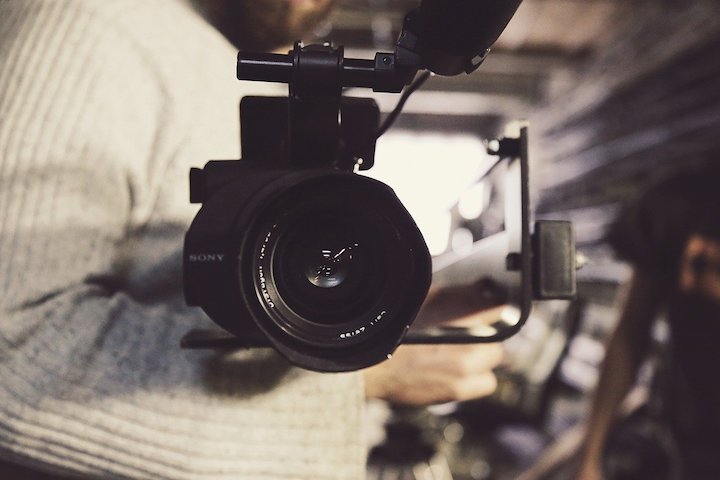 There are tons of variables to think about when creating a corporate video. Even if you do have a general sense of what you want to say and how you want it to look creatively – price ranges and time frames are all over the place! You don’t want to go too cheap and get…