DeFi by the numbers: Trends to follow in 2021 - Peer Through Media

What is decentralized finance?

Decentralized Finance, or DeFi, is an umbrella term for multiple financial applications in blockchain aimed at disrupting financial services.  DeFi products are based on public decentralized blockchain networks; the most popular of which is Ethereum.  Because DeFi protocols are available on a public network, they are open for anyone to use.  Traditional qualifiers, such as government-issued IDs or proof of address, are not required to use DeFi.  DeFi protocols operate primarily via smart contracts that automate and enforce agreements between parties.

DeFi by the numbers

Pantera Capital, one of the largest and oldest crypto investment firms, is moving heavily into DeFi. Pantera Capital currently manages $5 billion in assets, and claims that the DeFi space is still undervalued, despite its recent popularity.  Franklin Bi, Pantera’s Director of Portfolio Development, explains this position by pointing out the differences between DeFi products and traditional products:

Lauren Stephanian, also of Pantera Capital, stated that the recent popularity of non-fungible tokens (NFTs) may have played a role in DeFi’s ascendancy:

“NFTs are undoubtedly becoming a gateway into the DeFi space for mainstream audiences.  As new collectors become more active in the NFT market, they’ll seek new ways to leverage their assets through DeFi mechanisms like collateralized lending, fractionalized assets, staking and much more.”

As with all new technologies, bugs are inevitable.  An error in the Compound Protocol, currently the 5th largest DeFi application in terms of TVL, captured headlines recently, as a glitch mistakenly caused ~$160 million in assets to be mistakenly distributed to users.  This occurred after what was intended to be a typical systems upgrade.  The decentralized nature of DeFi can impede emergency fixes.  In this case, the Compound protocol requires a 7-day governance process to approve changes, meaning that a fix would not take effect for at least a week.

“If you received a large, incorrect amount of COMP from the Compound protocol error: Please return it[…] Keep 10% as a white-hat. Otherwise, it’s being reported as income to the IRS, and most of you are doxxed.”

Though no borrowed or supplied funds were at risk, and the overall loss was only a small fraction of Compound’s $10 billion TVL, the price of Compound’s native token dropped over 12% within a day of the story breaking.  While the price quickly rebounded and a fix was implemented, the episode shined a bright light on the potential pitfalls of these new protocols.

According to Chainalysis, Crypto adoption jumped 880% in 2021, with developing countries leading the way.  The Central, Southern Asia and Oceania (CSAO) region received over $572.5 billion in cryptocurrencies between July 2020 and June 2021.  Institutional investors in India made up the largest share of transactions, with transactions above $10 million constituting 42% of all transactions in that country.

DeFi is the primary driver of investment in the CSAO region.  Notably, India has the second-highest crypto adoption rate in the world, behind only Vietnam. DeFi’s adoption in CSAO was driven primarily by India, according to Chainalysis.  9% of Indians have interacted with crypto, with much of that activity concentrating in younger demographics.

“We’re seeing huge growth [in India’s DeFi ecosystem], with many developers moving into the space after having worked at traditional tech unicorns,” Krishna Sriram, managing director at blockchain security firm Quantstamp, said to Chainalysis in a report titled “Central & Southern Asia and Oceania Have High Grassroots Adoption But Reasons Vary Greatly Across Countries.”

Most of this financial activity in the CSAO region has taken place on a small number of top exchanges; the largest of these, Uniswap, saw roughly $85 billion in transaction volume from July 2020 to June 2021.

As regulators have cracked down on unlicensed crypto platforms, some platforms have altered their approach to regulation.  In early October, Swarm Markets announced the opening of the first regulated decentralized trading exchange (DEX) available to the general public.  It operates under license from the Federal Financial Supervisory Authority (BaFin) in Germany.  Swarm Markets co-founder Philipp Piper explained this proactive approach to regulation:

“Swarm Markets is skating to where the puck is heading by having regulatory authorisation from a globally-recognised regulator from the outset. BaFin has been extremely forward leaning and provided clarity on how it will govern DeFi, giving entrepreneurs confidence that will allow a healthy market to develop with a regulatory approach.

By getting ahead of the regulatory curve, Swarm Markets hope to ward off any long-term complications that may dissuade potential users.

Ultimately, growth depends on users.  Due to network effects, the DEX that provides the most value to participants will likely dominate the market.  To fuel early growth, Swarm Markets offers greater rewards for adding liquidity and trading to early adopters, such as reimbursing gas fees on those transactions.

“The opening of Swarm Markets is a historic step to move corporate cryptocurrency trading out of its legal grey area and offers sophisticated institutional investors and their clients the full scope of benefits from trading digital assets, including the high APYs attendant to DeFi, for the very first time.

Our goal is to integrate traditional markets with Blockchain technology. Not only can existing market infrastructure be replicated on the Blockchain with greater efficiencies, but this technology will enable traders and asset holders to do more and have greater autonomy over the markets they want to participate in.”

Bank of America recently published a 141-page report on the long-term prospects for cryptocurrency, and the conclusions were bullish.  The sector’s $2.15 trillion market capitalization “is too large to ignore,” the bank’s new cryptocurrencies and digital assets team said.  The team found that 221 million people have bought or sold a cryptocurrency as of June 2021, from 66 million a year before.

The report was optimistic about the future of DeFi, despite DeFi often being portrayed as a threat to traditional finance:

“The SEC is investigating DeFi applications and companies to determine if and how they should bring them into the current regulatory framework. We are optimistic about the long-term growth of this segment as it matures and regulatory uncertainty is clarified.” 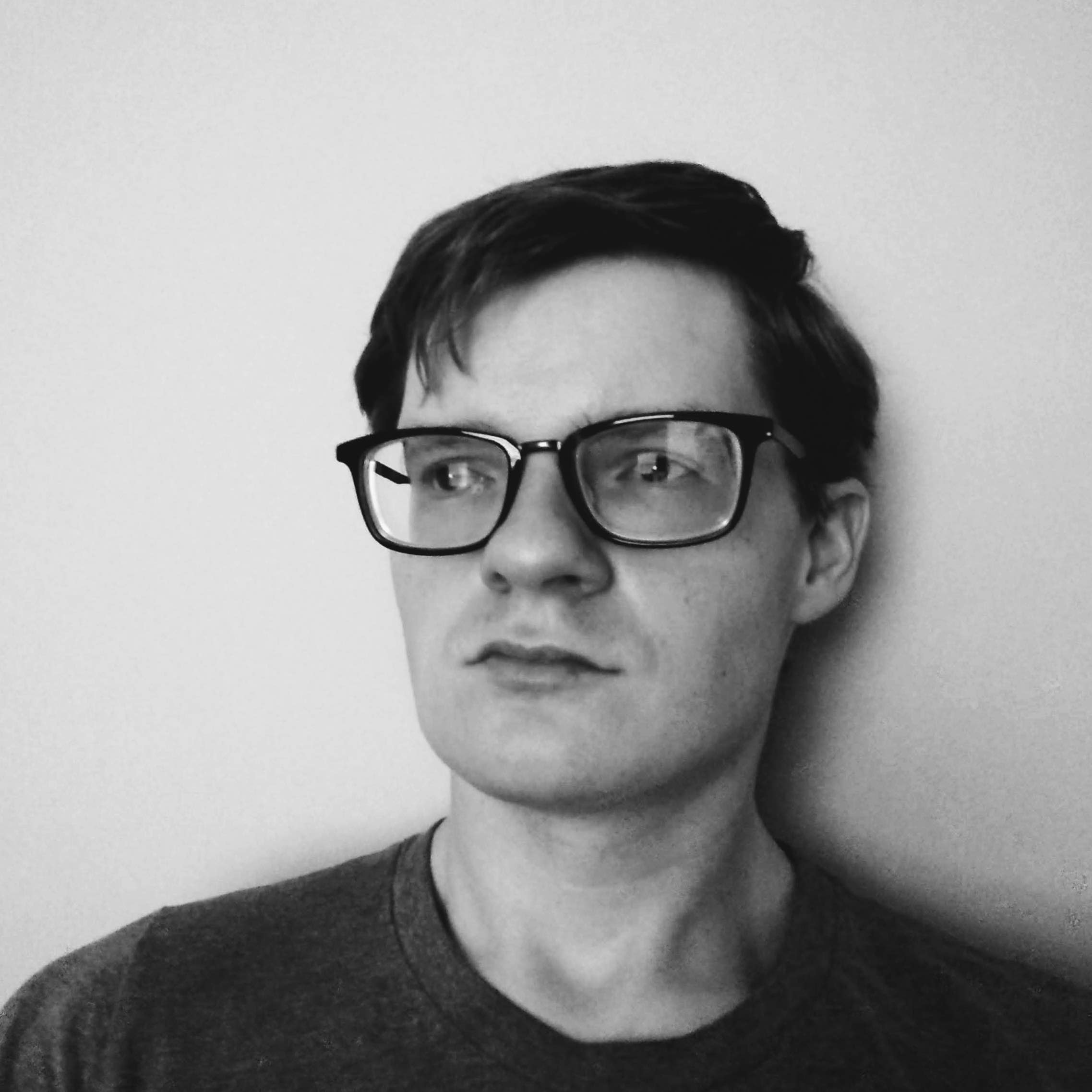 Jarrett Vickers is a crypto user from the southeastern United States. He first grew involved in blockchain during lockdown, when obsessive research was his only reprieve from isolation, mania, and mild boredom. As a longtime fan of science fiction, he's excited about the strange new world that crypto is creating. 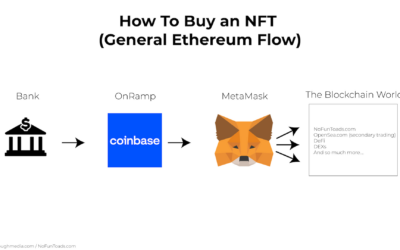 How To Buy an NFT (No Fun Toad)

This guide will teach you exactly how to go from "normal" fiat money to buying your first NFT, No Fun Toad , on the Ethereum blockchain. If you already have ETH in your Metamask and know how to mint an NFT you can do so here: www.nofuntoads.com If not, continue...

END_OF_DOCUMENT_TOKEN_TO_BE_REPLACED 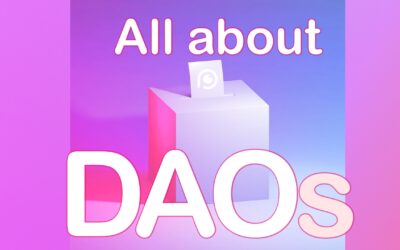 What is a DAO and which one should you join today?

The cryptographic world of blockchains and distributed ledgers is vast and ever-evolving. One of the most meaningful developments to come from these technologies is Decentralized Autonomous Organizations, or DAOs.  DAOs may bring about a new way of organizing...

END_OF_DOCUMENT_TOKEN_TO_BE_REPLACED 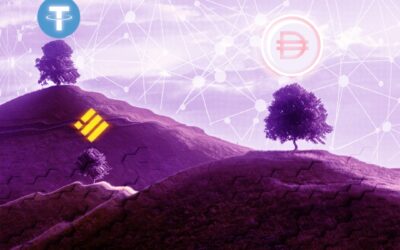 The speculative nature of cryptocurrencies has made them unappealing for regular commerce. But stable coins arrived to solve this problem.